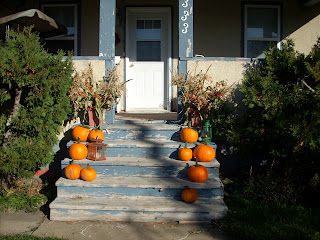 Welcome.  I had so much fun decorating the front for fall.
I was going to use two large vases for the dried corn stalks but could only find one.  So, I had to improvise.  After rooting around I discovered some square containers that some roses came in.  They actually are more stable and worked better than what I originally had in mind.  I put some rocks in the bottom to make them more stable and added the corn stalks from our garden.  It needed a bit of color so I cut some branches off of our ornamental apple tree to add in. 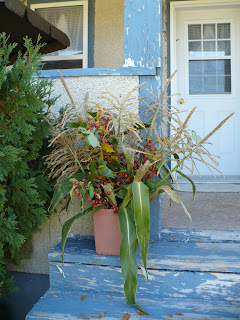 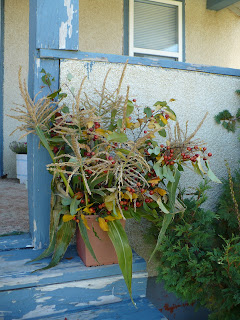 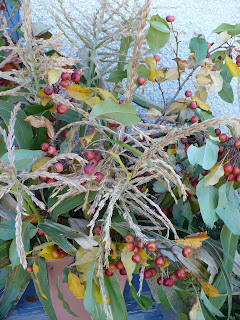 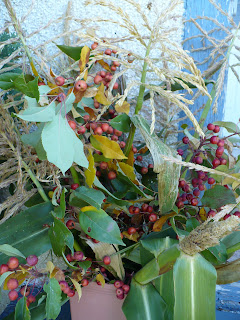 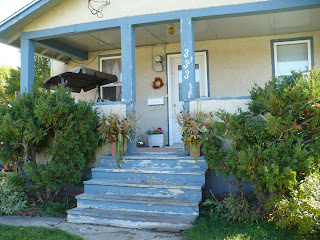 Then it was off to the pumpkin farm to find some pumpkins.  The gentleman was generous and threw in a few free pumpkins :)  Some of the pumpkins had beautiful green designs on the top which I've never seen before.  Hubby thought I had stenciled them on but it is all natural. 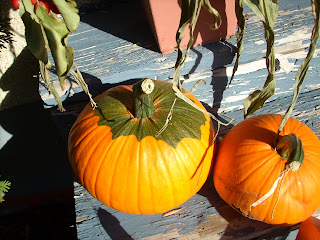 After placing the pumpkins I added a couple of lamps. 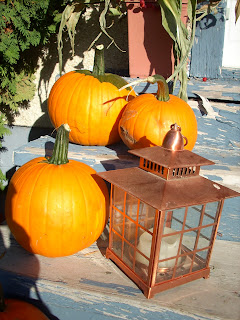 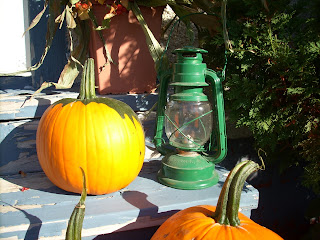 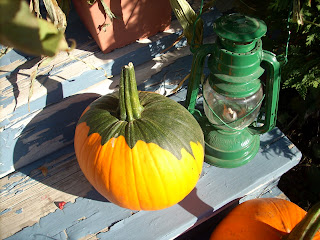 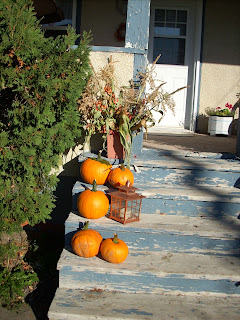 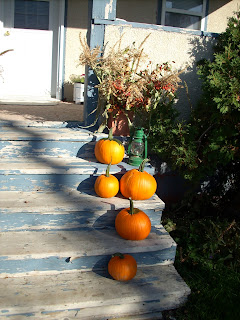 I hope you enjoyed my fall front porch.  I am joining in with Cindy at My Romatic Home for Show and Tell Friday.

Posted by allisamazing at 11:48 AM

Email ThisBlogThis!Share to TwitterShare to FacebookShare to Pinterest
Labels: Show and Tell Friday