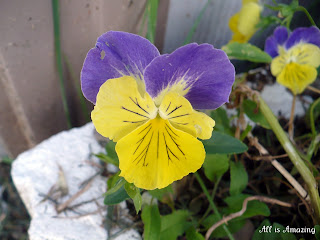 While removing an old dog run that was in our yard
we found a whole bunch of conrete blocks
underneath the gravel layer. 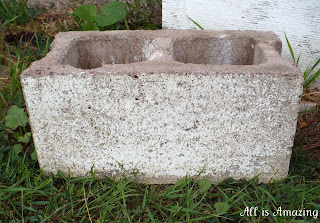 I immediately knew that they would be good for something. 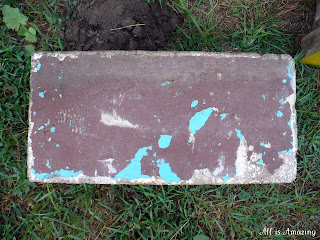 They had obviously been used for other purposes before
as some had remains of white paint
while others had brown with turquoise peeking through. 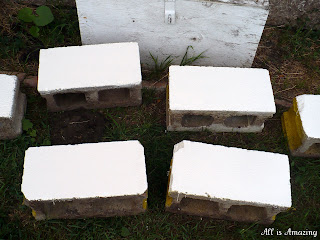 So, the first step was to give them a fresh coat of paint.
I just used up some leftover paint we had kicking around.
I knew I wanted to make them into planters
and put them in front of the storage shed
that hubby had recently put up. 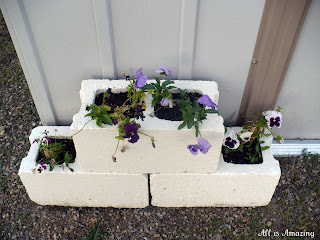 So I stacked them and filled the holes with dirt. 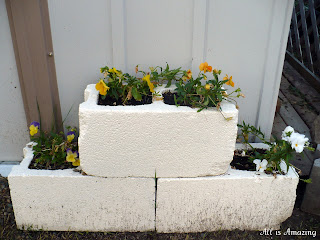 I then went hunting for some pansies
and finally found a few at a local greenhouse on clearance.
They were a little worse for wear but I figured
with a little TLC they would perk up. 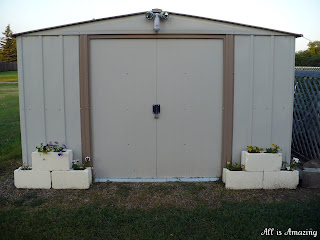 And the little planters on each side of the door
just added that little extra touch it needed. 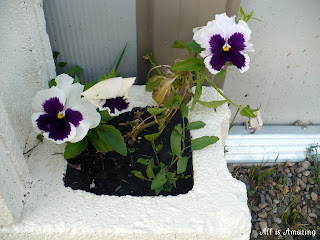 I do have some more plans for hubby's shed
but don't tell him that ;) 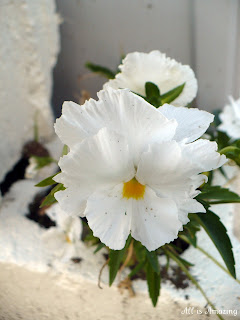 ~Finding the amazing in the simple~
Thanks so much for stopping by!

I am joining...
The Shabby Creek Cottage for Transformation Thursday
Something Swanky for Swanky Stuff Thursday
Rooted in Thyme for Simple and Sweet Fridays
Posted by allisamazing at 6:00 AM