Decluttering Countertops - Before & After 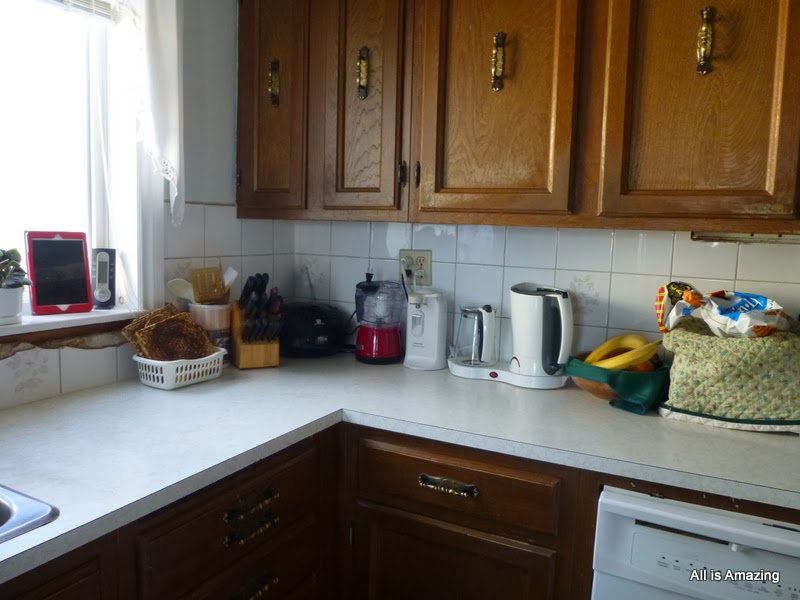 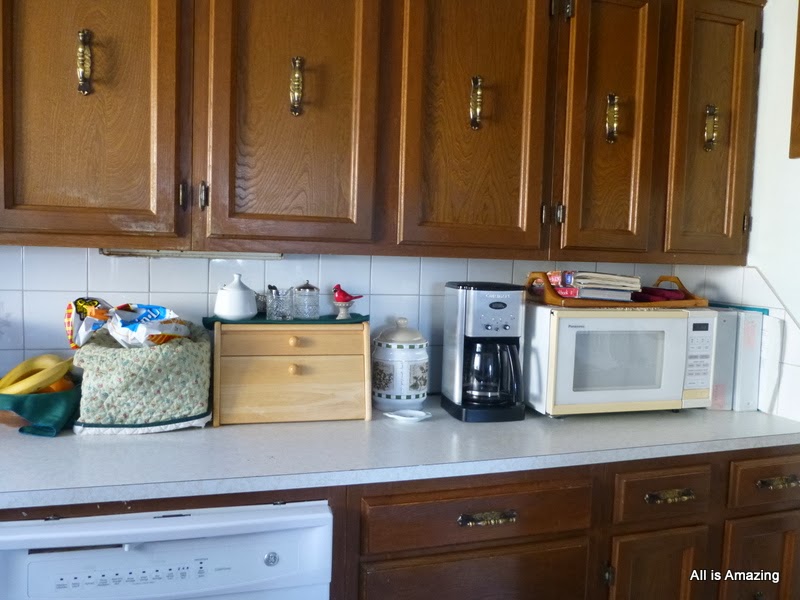 ~Before~
As I mentioned in a previous post, my theme for this year is simplicity.
So I figured the best place to start would be my kitchen countertops. 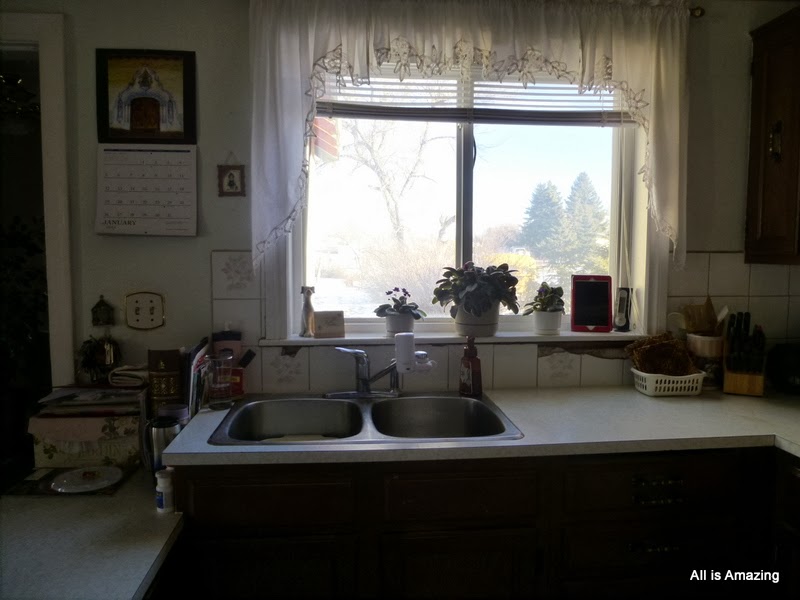 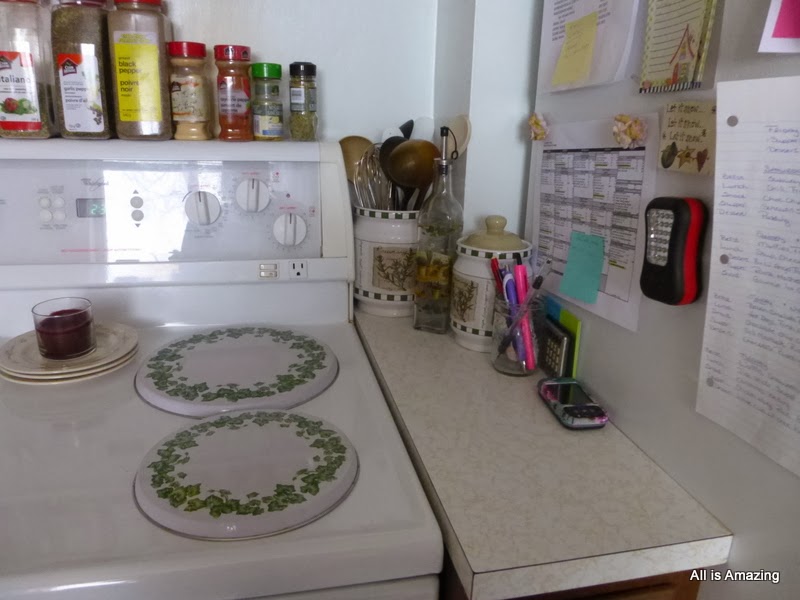 ~Before~
The first thing I did was to remove everything off of the counters. 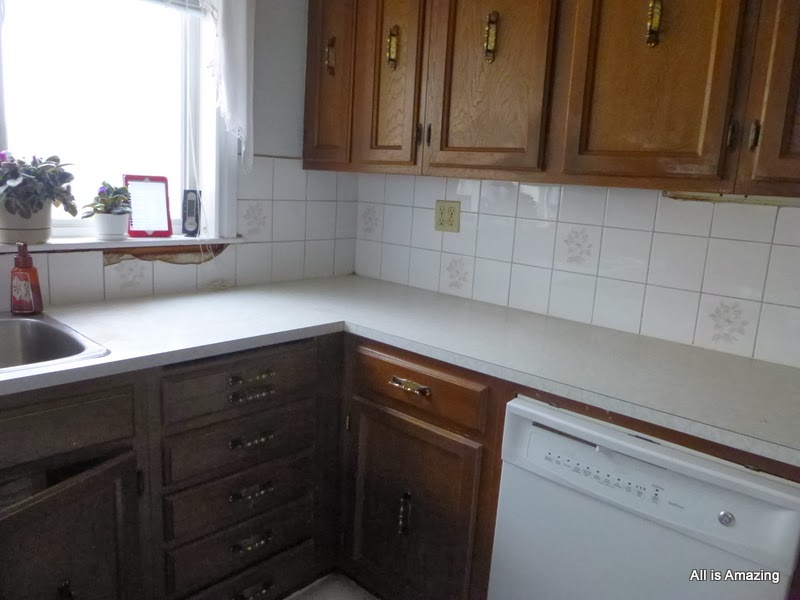 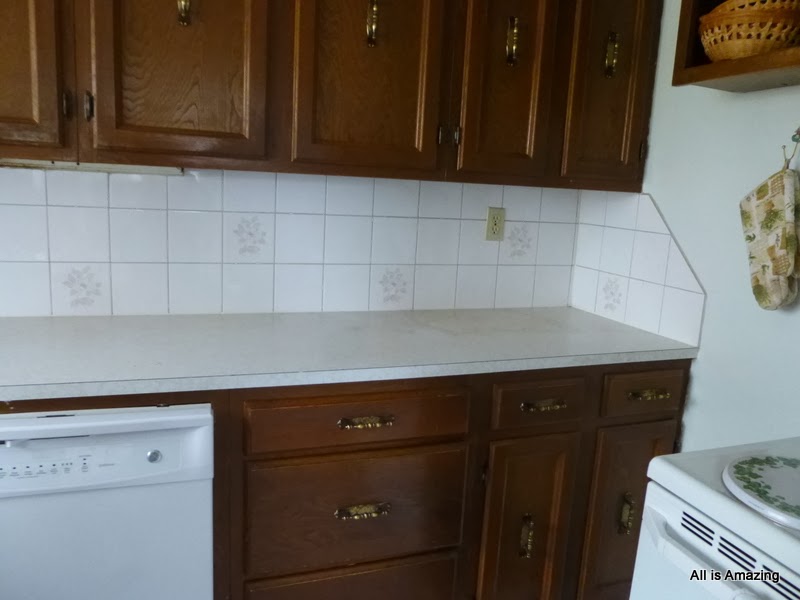 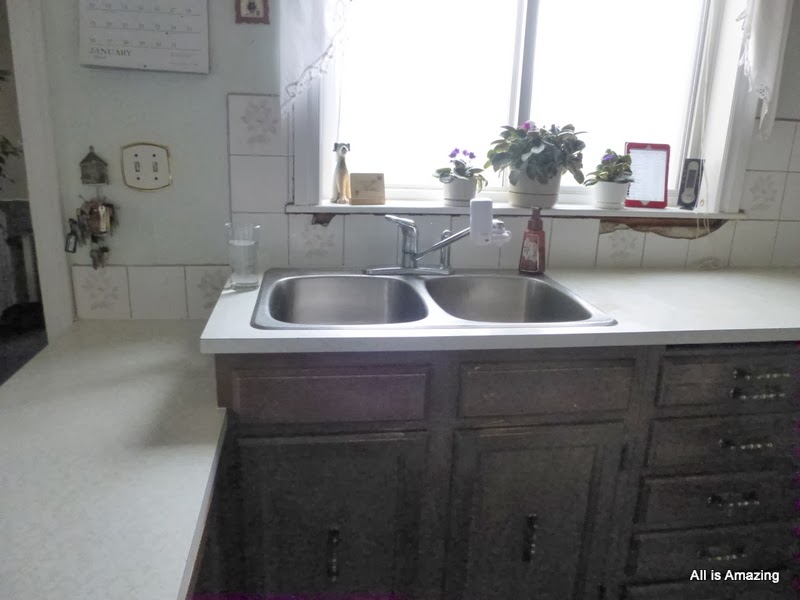 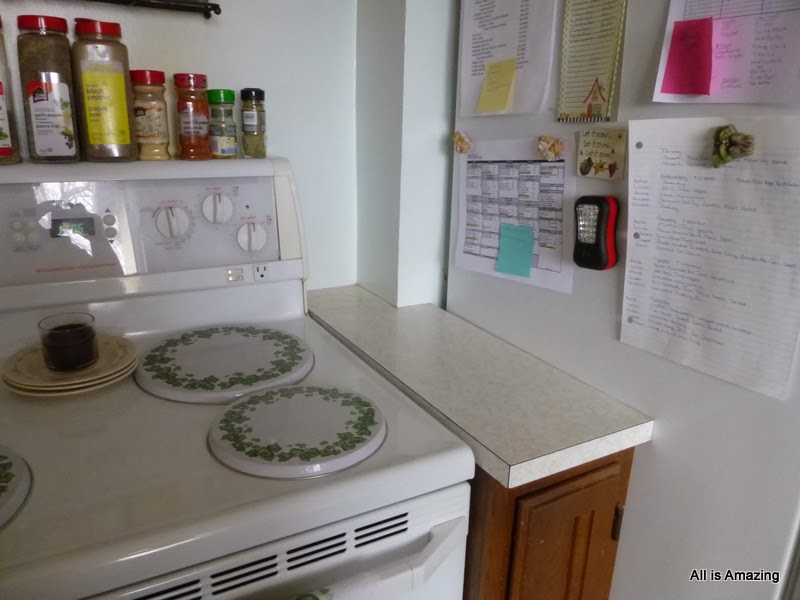 And then I filled the sinks with bleach & water
and wiped down the counters and let them soak. 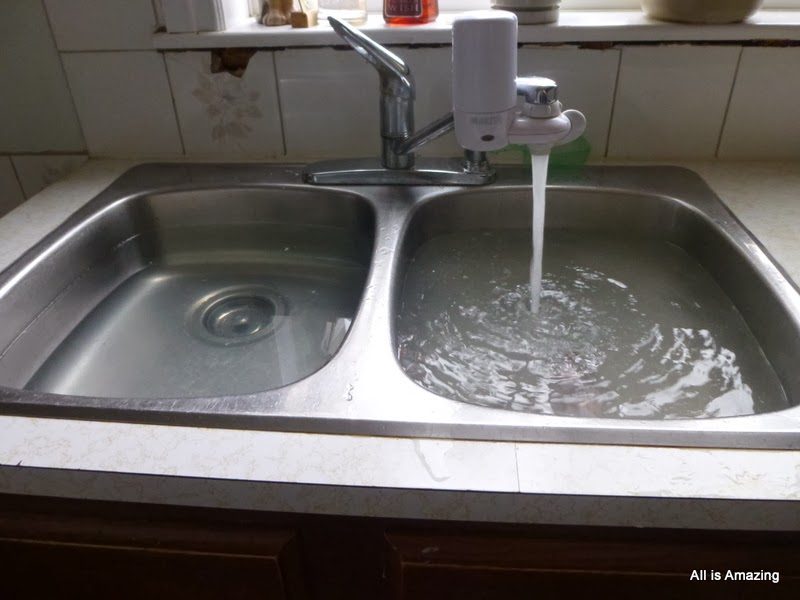 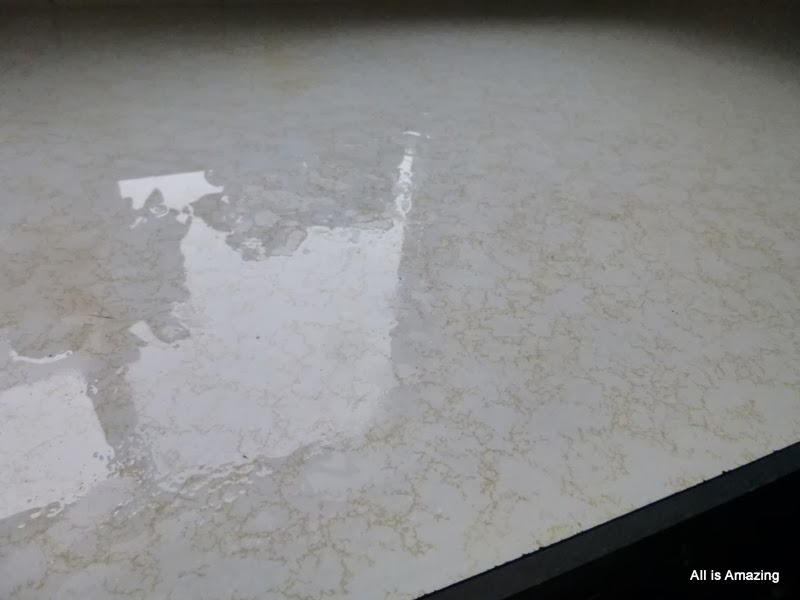 While the counters were being disinfected by the bleach solution
I sorted through everything I had removed from the counters
and decided which I was keeping, which was going,
which was going to be put back on the counter,
and which was going to have to find another home.
My guideline for this was if I used it every day it could go on the counters.
Less than that and it would have to go in the cupboards.
And anything I couldn't remember using or was broken was
put aside to give away or throw away. 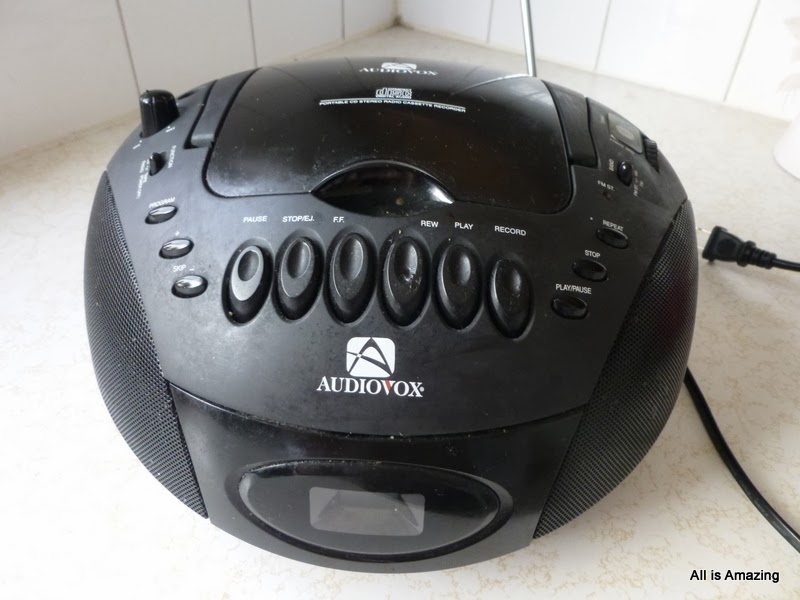 This old CD player was on my countertop but it isn't needed
as I listen to the radio or my music from my ipad.
It was boxed up to donate and will free up a lot of space on my counters. 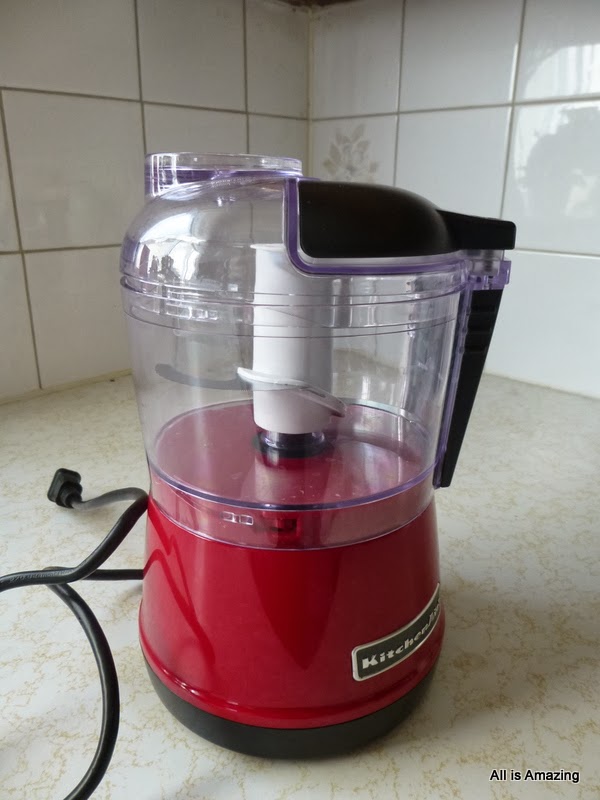 I do use my little chopper quite a bit but not every day
so a spot was found in the cupboard for it. 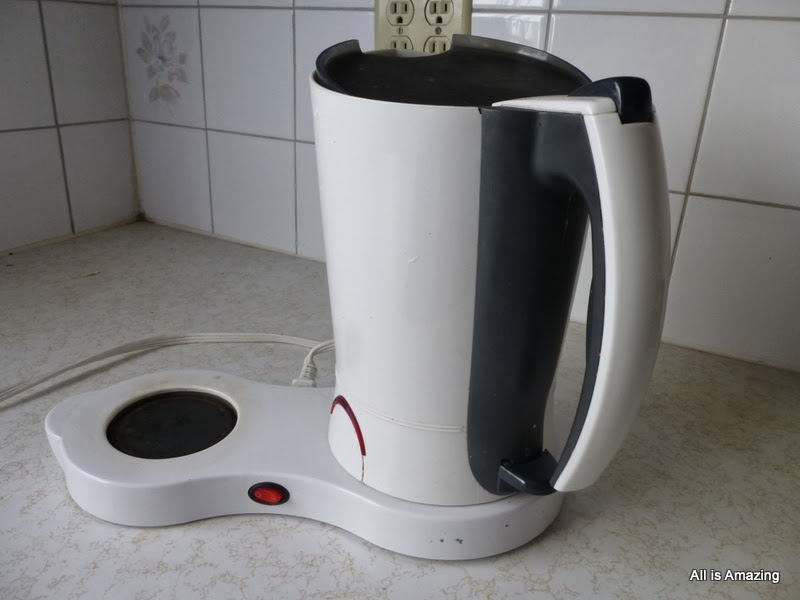 The lid on this kettle was broken and I am tired of boring electric kettles.
This went to the garbage and a red kettle will hopefully soon grace my stovetop. 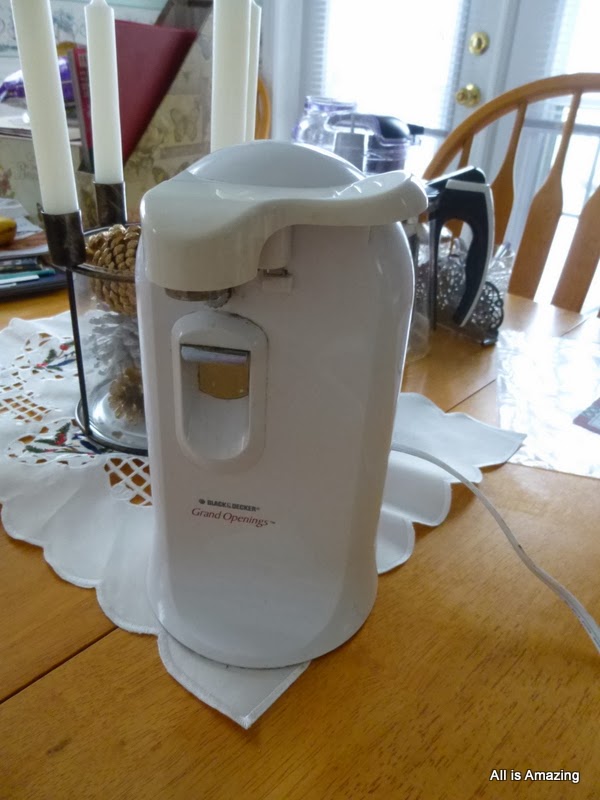 I actually wasn't sure if the can opener should be on the counter or in a cupboard.
I decided to put it in a cupboard but decided if I found myself constantly
pulling it out to use I would move it to the counter. 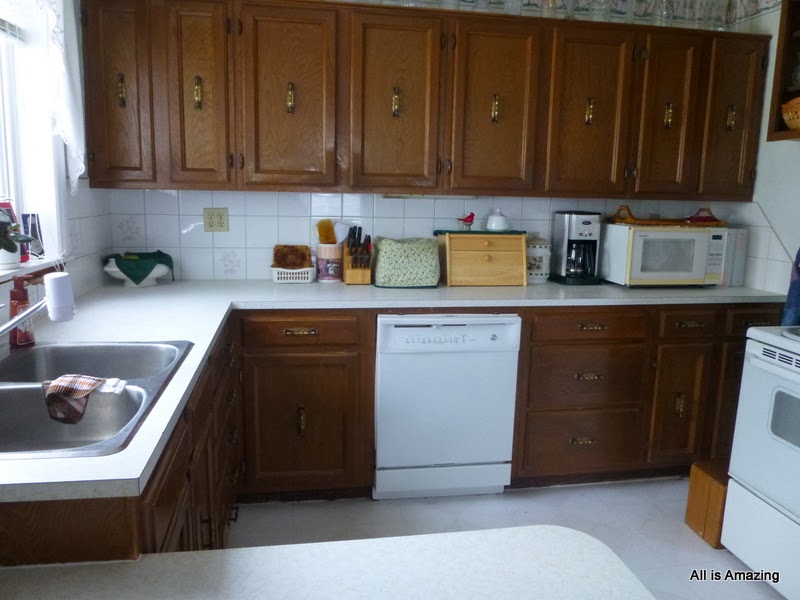 ~After~
What a difference - so much more counter space.
It makes working in the kitchen so much easier! 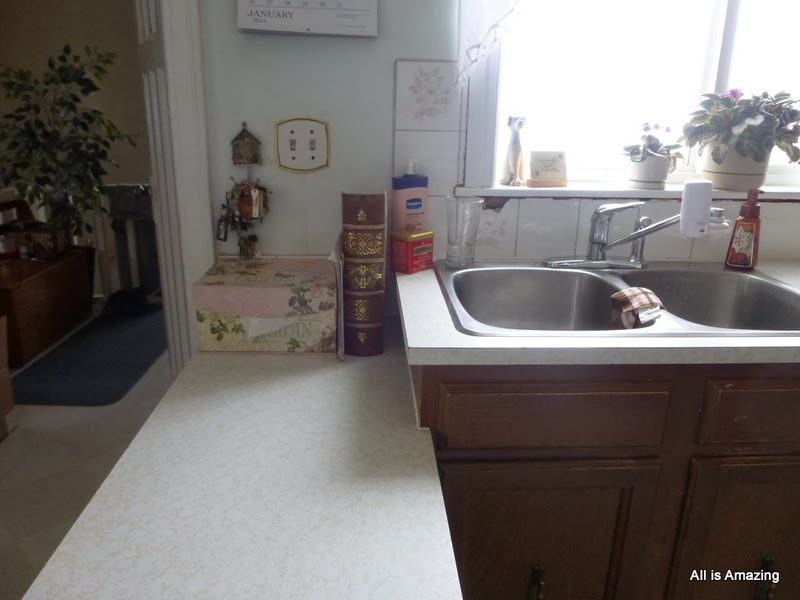 ~After~
Of course, the whole time I was moving things back and forth
Coda decided he needed to lay in the middle of everything
and keep an eye on things! Lol 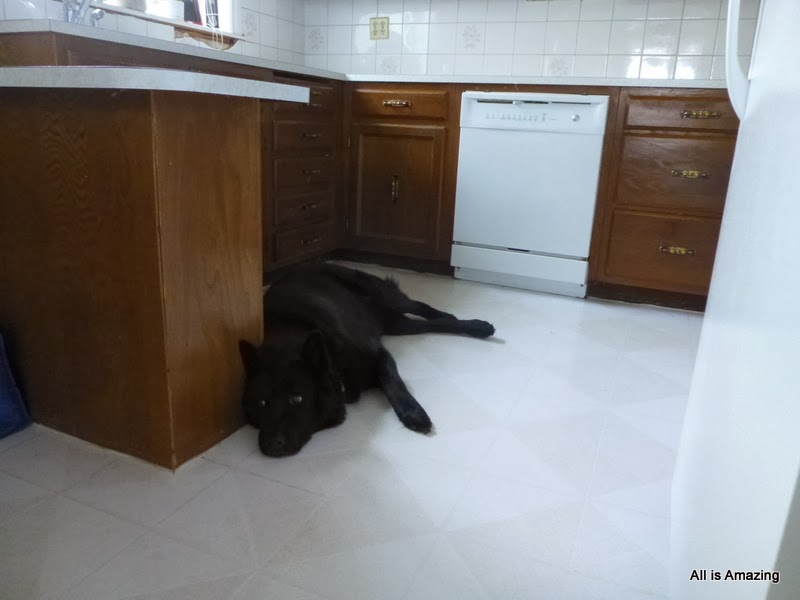 ~Finding the amazing in the simple~
Thanks so much for stopping by!

I am joining...
Have A Daily Cup of Mrs. Olson for Share Your Cup Thursday
The Charm of Home for Home Sweet Home﻿
Posted by allisamazing at 8:00 AM

Email ThisBlogThis!Share to TwitterShare to FacebookShare to Pinterest
Labels: Before & After, Cleaning, Decluttering, Home Sweet Home, Share Your Cup Thursday